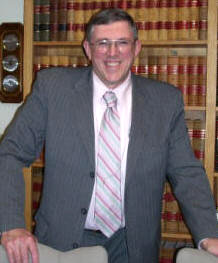 Bernard H. Campbell is President and Managing Director of Beaumont & Campbell Prof. Ass’n., the law firm he founded in 1993. He is a life-long resident of Salem; graduating from Salem High School in 1974 and obtaining his law degree from Boston University School of Law in 1980 while commuting daily from Salem where he was still working on the family farm on Brady Avenue

Admitted to the New Hampshire Bar in the fall of 1980, Bernie Campbell has practiced law in Salem since admission, concentrating his practice in the areas of Real Estate & Conveyancing, Municipal Law, Planning & Zoning, Probate and Estate Planning, and small business representation. He is a member of the Municipal & Gov’t Law Section of the Bar and has previously served as Chairman of that group. He is a member and past Chairman of the Bar Legislation Committee, responsible for guiding the group that reviews pending legislation in Concord which could be of interest to bar members.

Since 1980, Attorney Campbell has been involved in real estate work, including thousand’s of title searches of land in Salem, Windham and surrounding communities, gaining valuable knowledge into the origins and history of many local neighborhoods. He serves as an issuing agent for Commonwealth Land Title Insurance Company and can issue both lenders and owners title insurance on any New Hampshire property. He has handled commercial leases involving national corporations as well as single family residential leases. He has conducted over 100 foreclosure sales, along with Petitions to Quiet Title, Petitions for Partition and other related real estate activities.

He has served as legal counsel to the New Hampshire Tax Collectors Ass’n for over 20 years, and has served as Town Counsel for the Town of Windham for nearly 30 years. He has represented both municipalities and individuals in Planning and Zoning Appeals at both the Superior Court and State Supreme Court. He has appeared before Boards of Adjustment and Planning Boards through southern New Hampshire. 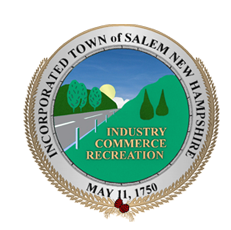 In 2009 Bernie was honored with membership in the Salem High School/Woodbury Hall of Fame. And in 2010 he received the prestigious “Bill Brown Award” as Businessperson of the Year from the Greater Salem Chamber of Commerce. He previously served on the Chamber Board of Directors and in 2004 received the Chairman’s Award.

In addition to his law business Bernie also participates with his mother and brothers in his family business, Campbell’s Scottish Highlands Golf Course, which opened in 1994 on the site of the former family farm. He also is active in his church, serving as Chairman of the Trustees of the Pleasant Street United Methodist Church in Salem and President of the Board of Trustees of the New England Annual Conference of the United Methodist Church.

Attorney Urville J. Beaumont retired from active practice in October 2015 after nearly 50 years of practice of law in New Hampshire.

Attorney Beaumont was Special Justice of the Salem District Court (NH) for thirty (30) years.  Attorney Beaumont’s community and professional activities included past service on the Salem School Board, and service on a number of Boards of Directors including (past and current): Granite State Electric Company, Merrimack College, Holy Family Hospital, Merrimack Valley AAA and Merrimack Valley YMCA. In 2002 he received the prestigious “Bill Brown Award” as Businessperson of the Year from the Greater Salem Chamber of Commerce.

Serving People and Businesses of Salem NH and Surrounding Areas